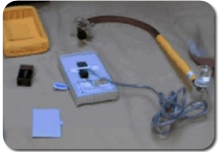 Since we began the Wise-Anderson Protocol at Stanford University Medical Center in the department of Urology in the mid 1990’s, we recognized the need for a special device to do internal trigger point release self-treatment for those with pelvic floor dysfunction. In 2012, after a 4 year clinical trial with many patients, we received approval from the Food and Drug Administration based on evaluation of its safety and effectiveness.

Our Internal Trigger Point Wand (the Wand) is the first scientifically designed device for internal myofascial/trigger point release that has been in a clinical trial and whose results have been published by a peer-reviewed journal and presented in scientific meetings. In our study published in the Clinical Journal of Pain, after 6 months the median reduction in sensitivity/pain of trigger points of self-treatment reported by patients with pelvic pain reduced from 7.5 to 4 on a 1-10 scale. This is a remarkable result. In our experience, we have observed that there is usually a continual drop in trigger point sensitivity/pain beyond 6 months. 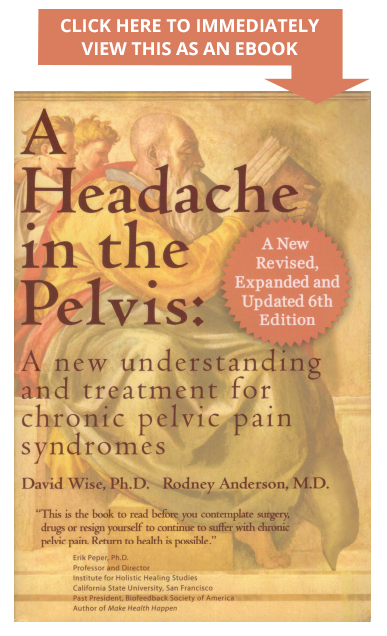 Read the 6th edition of our best selling book, A Headache in the Pelvis, now available in 9 languages for immediate access as an online eBook on your computer, tablet or smartphone or in hardcover.